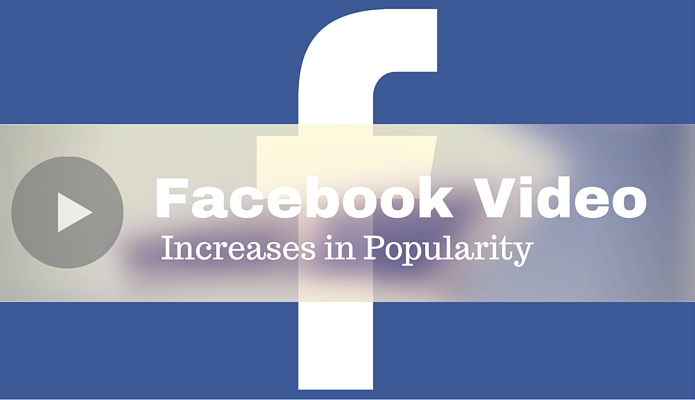 Facebook is already one of the world’s largest social networks. Its large user base is logging on more often and more frequently as Facebook introduces new concepts into its growing network. One of the many changes the site has introduced is Facebook Video, which allows users to easily share their videos. This feature has been widely successful and is growing in use every day. Learn how thousands of businesses are starting to take advantage of Facebook Video and why this feature could replace video streaming giants like YouTube in the future.

Facebook viewership is growing rapidly, and it has many advertisers excited. In April 2015, the social network streamed 4 billion videos per day. By November 2015, this number had grown to 8 billion. To compare, YouTube generates around 4 billion views per day as of 2012. The company has stated that their viewership is up by 40-percent, although it doesn’t mention a specific number of views anymore.

The large growth can be attributed to a number of things, most importantly view time. Facebook counts a video as viewed if a user watched at least 3 seconds of it. Videos also auto-play making them very visible in a user’s news feed.

The social media network has been very impressed with the growth of video use in such a short period of time and has put effort into making it more enjoyable for users. These innovative features will make Facebook a one-stop-shop for entertainment and give advertisers more opportunities to take advantage of the traffic.

Picture-in-picture viewing, for example, is being tested and will allow users to browse their news feeds as they watch. This will allow for advertisers to get more screen time, especially if Facebook introduces a new advertising platform. User tests are also being conducted on saving video, smart TV viewing and suggested video functionality.

It is important to understand that Facebook wants to be much more than a social network. While the network wants to keep the social aspects of the site, it also wants to focus on the media features. Facebook wants to improve the way people share various forms of content, video included.

Allowing for simple video uploading and management allows more people to share their content from mobile phones and cameras. Easy access to the videos also allows users to view the content on the device they feel most comfortable using. While Facebook has allowed for photo and video sharing in the past, having their own system in place will allow for more opportunities and innovation.

The ability to add a video is already improving how people view social media marketing. Much like photos, videos are displayed larger in news feeds and grab attention. This makes them a worthwhile investment for small and medium-sized businesses who are on a budget.

In addition, Facebook now has paid video ads, which come at a slightly higher cost than their standard promotions. This allows the network to increase its revenue as it helps businesses promote themselves. While Facebook is still encouraging organic video viewing, they are also looking for subtle ways to insert ads. This will help them tap into the video advertising market without deviating from their goal of enhancing the user experience.

For marketers, the ability to target with an incredible amount of accuracy in demographic, geographic, interests and life events make this a gold mine of opportunity. Not to mention the ability to market to a network of friends of someone that responded to your ad.

Should You Focus on Video?

As Facebook Video continues to gain popularity, it has many businesses wondering if they should start producing their own videos. Simply put, video advertising and marketing have proven to be very successful in other mediums. With Facebook’s massive user base, it is only a matter of time before advertising using video is a must for every business.

To learn more about Facebook Video and how it will work best for you, please contact us today.