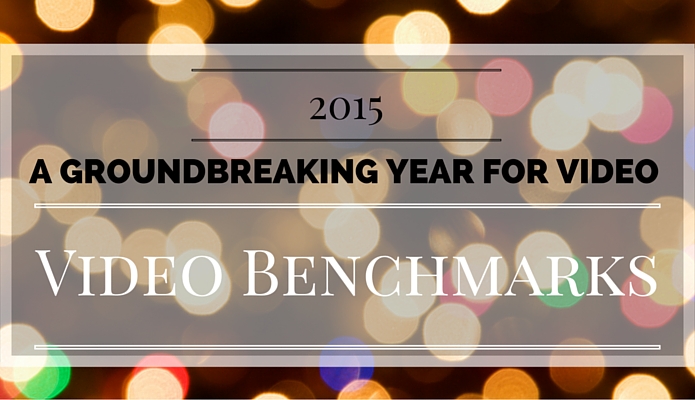 There is a shift happening amongst marketing professionals. The use of digital video is shifting from, “Why Video?” to “How Do I Get the Most out of Video?” And consumers are demanding more of it. Marketers that respond to this will benefit.

Many marketers have either figured out that there is something powerful about video or have tried video with some success but want to get more out of it. If this sounds like you, you’re in the right place!

Invoto just released their video benchmarks report for 2015 product videos. It shows huge growth in both volume and impact. It also shows, for the first time, that video is being consumed on mobile devices more than on desktop (this happened Q4 2015).

The other great thing about this report, although written for consumer brands in e-commerce, it is also very applicable to B2B brands as these stats hold true for business marketers as well.

Here are some of the great video benchmark stats that were included in Invoto’s report:

* Video Influence: The increased likelihood of a viewer vs. a non-viewer to complete a purchase.

It’s clear that video is on the rise and marketers are taking notice. Budgets and priorities will continue to shift toward digital video marketing this year.

To improve your video marketing, we suggest starting with a solid strategy that includes an approach to achieving a specific goal or pain-point. Whether that is raising more awareness for the brand, capturing more market share by improved differentiation communication and increasing conversion, or increasing retention. Video is the perfect way, as you can see from the stats above, to achieve this.
At DigiVid360, we take a marketing-first approach to video production. We become an extension of the marketing team to strategically develop the right video for the goal. Marrying extensive marketing and communications backgrounds with proven creative talent, clients are assured the best video product and performance. From strategy and scripting to production and deployment, we make it easy to create and leverage video.

Establish your own video bennchmarks, start with a conversation with us! We offer a free consultation that will give you video marketing ideas that are catered specifically for reaching your goals.